Support for Ukrainian researchers and students 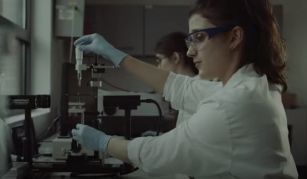 Jagiellonian University has an ongoing tradition of research in natural sciences. It is the second oldest (after the Charles University of Prague) educational and research institution in Central and Eastern Europe. The Faculty of Physics, Astronomy and Applied Computer Science consists of the Astronomical Observatory, Smoluchowski Institute of Physics, and Department of Applied Computer Science.

The faculty trains students in physics, biophysics, astronomy and applied computer science on BSc and Master level. It also offers PhD studies in these areas. In collaboration with other faculties in Natural Sciences of Jagiellonian University, it runs interdisciplinary Mathematics and Natural Sciences studies (SMP) and, in collaboration with the Faculty of Chemistry, studies on Nanomaterials and Nanotechnology. There are currently three programs of international PhD studies: Applied Nuclear Physics and Innovative Technologies, Physics of Complex Systems, and Geometry and Topology in Physical Models.

The permanent staff of the Faculty includes 100 senior and 60 young researchers in physics, astronomy and computer science. In general, our leading staff is well recognised in Europe as high-quality researchers, having continuous cooperation with leading scientific centers in Europe, the USA and Japan. 180 foreign research institutes cooperate with the departments of our Faculty. The Faculty currently hosts over 50 national and 10 international scientific projects. In recent years, the research potential of the faculty was strengthened by a number of large EU and structural funds projects in the Bio, Techno and Info domains.

One of the funded projects is the National Centre of Electromagnetic Radiation for research applications, associated with the Jagiellonian University in Kraków. The Polish synchrotron is going to be the first research infrastructure of such substantial size and potential constructed in this part of Europe. Collaborations with groups interested in the usage and the development of the facility is eagerly foreseen and planned, following the spirit of opening the facility for exploring any sound research ideas with partners from abroad.