A study presenting the most comprehensive analysis of Gamma-Ray Bursts (GRBs) detected by the Neils Gehrels Swift Observatory (Swift) to this day has been presented in a new article accepted in the Astrophysical Journal Supplements Series. The analysis was performed by an international team led by Dr. habilis Maria Giovanna Dainotti, assistant Professor at Jagiellonian University and  concurrently serving as affiliated Scientist at Space Science Institute in Colorado, and as a mentor of the Science Undergraduate Laboratory Internships (SULI) program at Stanford University. The paper is first shared authored between Dr. Dainotti and Gokul Srinivasaragavan, an undergraduate senior student attending the California Institute of Technology and mentored by Dr. Dainotti during the past two summers. This work enjoyed the support from SULI at SLAC, California, USA. 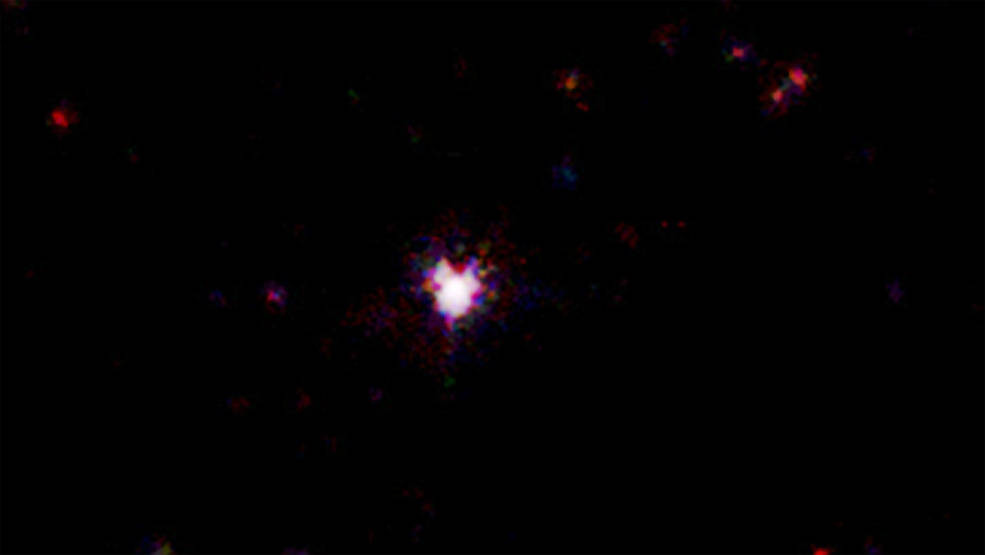 Illustration: Gamma-Ray Burst GRB 111209A exploded on Dec. 9, 2011. The blast produced high-energy emission for an astonishing seven hours, earning a record as the longest-duration GRB ever observed. This false-color image shows the event as captured by the X-ray Telescope aboard NASA's Swift satellite.
Credits: NASA/Swift/B. Gendre (ASDC/INAF-OAR/ARTEMIS).

This three-dimensional analysis presented has pinpointed the link between relationships between observational traits of the GRBs and how they are naturally connected to their physical properties, without assuming them a priori. This is a huge step ahead in opening a new route for GRBs as standard candles grounded by reliable physical emission mechanism.

More specifically, the work analyzes 455 GRBs detected by Swift from both an astrophysical point of view in terms of their emission mechanisms and progenitor environments, as well as from a cosmological point of view. This study boosts the process of making GRBs into astronomical standard candles – objects with known luminosities (or absolute brightness or magnitudes) that can be calculated through well-established relationships among luminosities and distance independent properties. This allow us to calculate astronomical distances. The furthest accredited standard candles to this day are the Supernovae Ia, but GRBs have the great advantage to be observed at much further distances (13.2 billions light years) than the Supernovae Ia (11 billions light years for Supernovae Ia).

GRBs are of astrophysical significance because they are the most powerful high-energy events known in the Universe. In a few seconds, during their initial burst of gamma-ray photons called the prompt emission phase, they emit the same amount of energy the Sun releases over its entire lifetime. Because of their extremely high energies, they are detectable at cosmological distances, with the furthest being detectable to very shortly after the Big Bang, very close to the origin of the universe. GRBs are theorized to be produced through the merger of two neutron stars or a neutron star and a black hole or the collapse of a massive star, with masses 20 time larger than the mass of the Sun.

Gamma-Ray Bursts are interesting to study as both singular events as well as in larger statistical studies, the latter being the topic of this paper. The prompt emission phase (usually in gamma-rays) of GRBs usually lasts from few seconds to thousands of seconds. The afterglow phase subsequent to the prompt phase last from seconds, hours, days, weeks, months, to even years after the initial prompt emission and it is observed in X-rays, majority of time in optical and for a smaller fraction of GRBs all the way down to radio. GRBs vary dramatically in their physical origins and progenitor environments, which has made the process of making them standard candles very challenging. Indeed, scientists are still struggling in finding common features within their properties. However, it has been shown that about 50% of GRBs observed by Swift display a flat “plateau” emission in their X-ray light curves. The study published focused on GRBs that display this characteristic plateau emission (see Fig. 1). 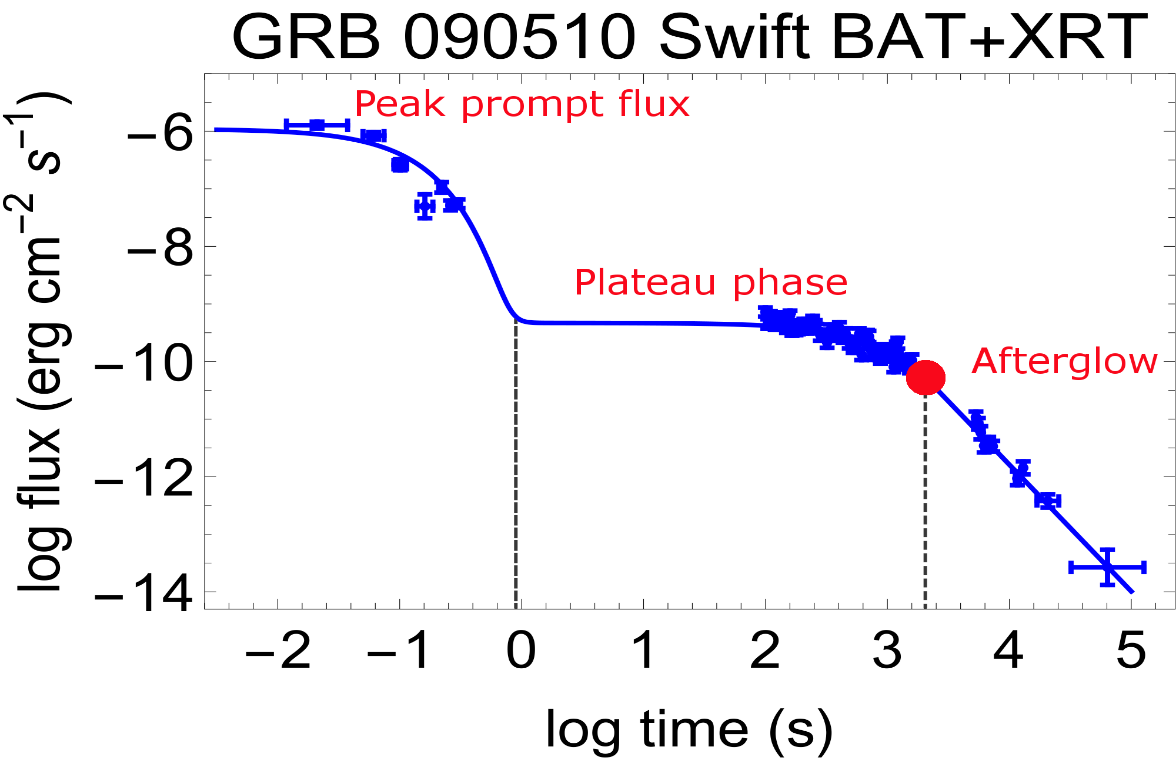 Fig.1 The light curve of GRB 090510 with the Willingale et al. 2007 function in blue superimposed and the regions of prompt, plateau and afterglow are marked.
Credit: The Authors.

This study points towards a new method to standardize GRBs grounded by a robust physical basis, in terms of the progenitor environments of the GRBs. The team tested a set of theoretical relationships which determine if a GRB is most likely produced in a constant density interstellar medium (ISM) environment or stellar wind environment in which the density decreases at larger distances from the progenitor star, or if a GRB occur in a fast or slow cooling regime (where electrons are cooled rapidly or slowly to a given energy). The team succeeded in determining the environments and regimes for all GRBs in their data sample, and tested the 3D Fundamental Plane relation between the time at the end of the plateau phase, the peak prompt luminosity, and luminosity at the end of the plateau, in terms of these environments. They discovered that GRBs falling under a fast cooling regime, see Fig. 2, are the closest with respect to the 3D Fundamental Plane relation than ever before seen in the literature. Thus, they demonstrate that this new method of classifying GRBs through their astrophysical environments and cooling regimes is a novel key to turn GRBs into standard candles. 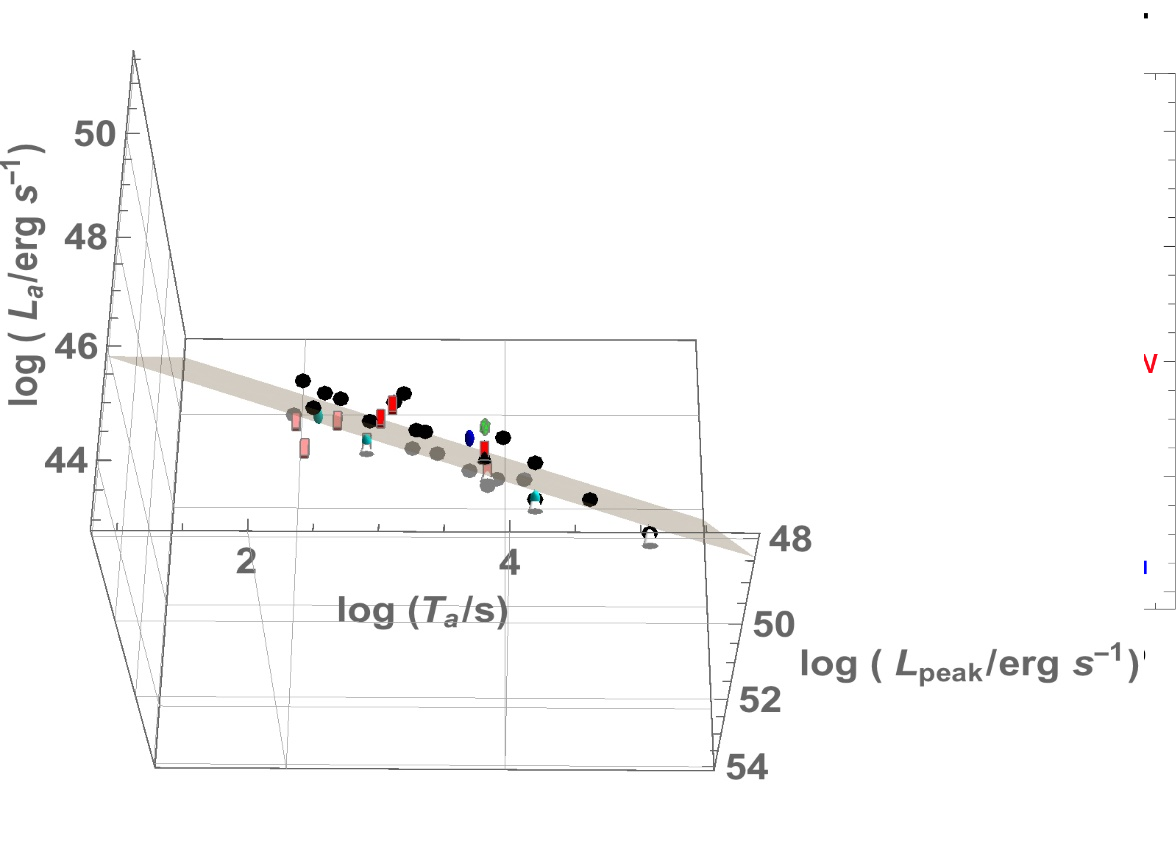 Fig. 2 The Lx-T*x-Lpeak relation for the Wind Fast Cooling sample which present the best fit to the plane.
Credit: The Authors.