Interview with Dr. Przemysław Mróz, laureate of the first edition of the Frank Wilczek Prize

You should tackle ambitious questions and goals,
rather than seeking answers to long‑solved problems 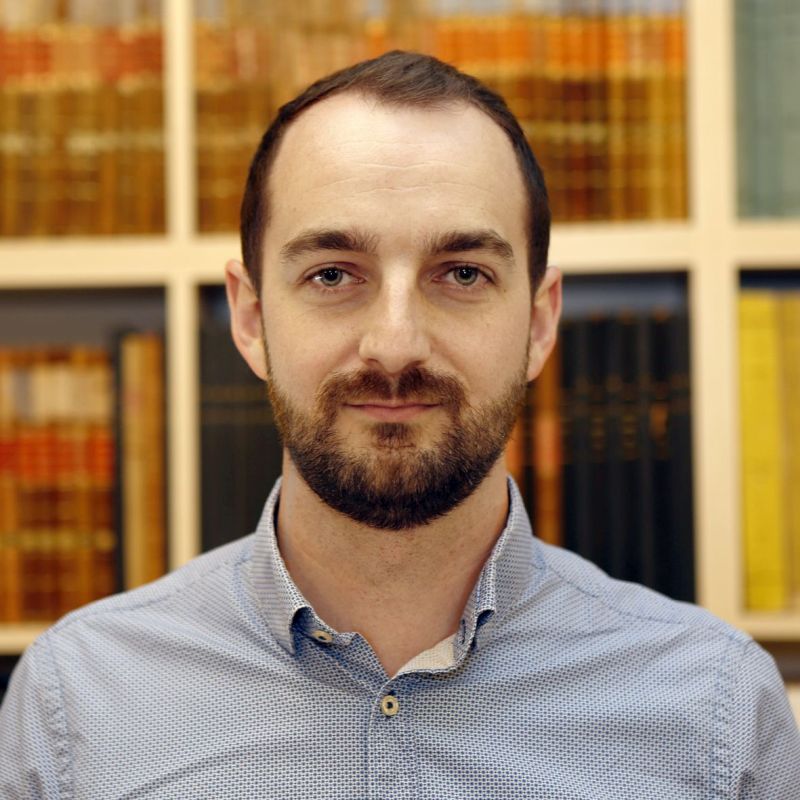 Interview with Dr. Przemysław Mróz,
laureate of the first edition of the Frank Wilczek Prize

You are one of the most talented young Polish astronomers. How did it all start? Where did your interest in astronomy come from?

It's hard to point out just one particular reason. Like with many astronomers, my astronomical passion began in my young years from amateur sky watching, first through binoculars and then through a small telescope. I was also lucky enough to grow up during a period of dynamic developments in astronomy, as pioneering discoveries of exoplanets and space missions to Mars (Opportunity) and Saturn (Cassini). These discoveries had fired my imagination, which undoubtedly contributed to my decision to follow a professional career in astronomy.

You've focused on researching free-floating planets, which have been little known until recently. What made you involved in this subject matter?

Already long ago, when the first models were created to describe the process of formation of planetary systems, it was realized that some planets could be thrown out of their parent system. It has been even supposed that there had been an extra planet in our Solar System that was expelled from it as a result of its interactions with the proto-Jupiter. Thus investigating free‑floating planets can help us to understand how planetary systems, such as the Solar System, have been created and evolved. Unfortunately, objects of planetary masses emit hardly any light at all, so it is all but impossible to detect them by classical methods.

The only method of detecting isolated dark objects, such as free‑floating planets, is gravitational microlensing. There are several projects around the world that explore the phenomena of microlensing; one of them is OGLE, a sky survey performed by astronomers from the University of Warsaw. Alas, in practice, due to technological limitations, for many years this technique could not be effectively applied in searching for objects with planetary masses. Only since 2010, owing to installation of new detectors, we have been able to make very frequent observations of the sky, which allowed us to spot microlensing phenomena caused by free‑floating planets.

I took to analysing many-year observations of microlensing phenomena collected by OGLE. My investigations showed that free‑floating planets of Jupiter-like masses are much less frequent than it was previously estimated. For the first time I discovered several gravitational microlensing phenomena presumably due to free‑floating planets with terrestrial masses, the existence of which had been predicted by the theory of planetary system formation. It is worth stressing that the method of searching for free‑floating planets developed by me is going to be used by other researchers in the future, for instance, during the mission of the Nancy Grace Roman Space Telescope, currently being prepared by the American space agency NASA.

Characterizing the population of free‑floating planets within in the Milky Way and identifying the most plausible candidates for low-mass free‑floating planets belong to the greatest achievements of Polish astronomy in recent years. The results of your research have been published in the most reputable scientific journals. You are the youngest Polish first author of a paper published in Nature in decades as well as the first Polish recipient of the IAU PhD Prize*. What advice would you give to young scientists dreaming of leaving their mark on the pages of history of science?

There is no one universal way to accomplish it, sometimes you just need the right person at the right time. Definitely, you should tackle ambitious questions and goals, rather than seeking answers to long-solved problems. When I started working on my free‑floating planet project, I didn't know what results we would actually get and if we could find any objects of interest at all.

By decision of the Frank Wilczek Prize Committee** you became the laureate of the first edition of this competition for the achievement entitled “The new category of extrasolar planets – free‑floating planets”. What use are going to make of this award?

I’m extremely glad that my achievement has been awarded in this way, particularly as this was the first edition of the Prize. I am sure that it will contribute to promoting the successes of young Polish scientists who do world-class research. Receiving the Prize gives me motivation for further work, looking for new research goals and posing new questions. The Prize will allow me to strengthen international cooperation as well as be of help in pursuing current projects.

You have now a prestigious post‑doctoral scholarship at the California Institute of Technology. What do you actually do there? What are your plans for the nearest future?

The research conducted within the framework of my PhD thesis consisted in looking for free‑floating planets, i.e. very small bodies. Currently, I'm working on detecting much bigger objects: black holes. In 2015, the LIGO Observatory detected for the first time gravitational waves generated by two colliding black holes. The puzzling point was that these two black holes, as well as a handful of other ones detected later by LIGO and Virgo, were more massive than the black holes previously known in the Milky Way. We are aware of just a dozen or so such objects within our Galaxy to date, while supposedly there should be tens of millions of them. So there is a huge potential to show one’s skills.

Thank you for talking with me and I wish you further successes.

* The prize recognizing outstanding scientific achievements of astronomy PhD students around the world awarded by the International Astronomical Union (IAU) since 2016.

** The prize awarded to young Polish scientists who have made significant discoveries in physics, astronomy, or related fields. The patrons of the Prize are Professor Frank Wilczek and the Dean of the Faculty of Physics, Astronomy and Applied Computer Science of the Jagiellonian University.