Annoucement of the Laureate of the Frank Wilczek Prize

In accordance with the decision of the Prize Committee, Dr. Przemysław Mróz has been selected as the Laureate of the Frank Wilczek Prize for his outstanding research achievement entitled 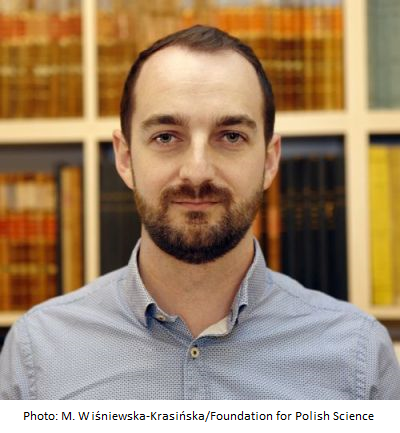 Dr. Przemysław Mróz earned his undergraduate and PhD degrees at the University of Warsaw, Poland. His research focuses mostly on astrophysical applications of gravitational microlensing but he works also on the Milky Way structure and history, transients, and variable stars.

Dr. Przemysław Mróz is the author or co-author of more than 150 publications in peer-reviewed journals (including several articles in “Nature” and “Science”). He has already been awarded several prestigious awards, including the International Astronomical Union PhD Prize, Young Scientist Award of the Polish Astronomical Society, and START fellowship (with the distinction) of the Foundation for Polish Science. Dr. Mróz is currently working as a post-doctoral scholar at the California Institute of Technology.

Thousands of extrasolar planets have been discovered up to date. Although many of the known exoplanets do not resemble those in our Solar System, they have one thing in common – they all orbit a star. However, theories of planet formation and evolution predict also the existence of free-floating (rogue) planets, gravitationally unattached to any star.

Although rogue planets emit little or no light, they can be detected during gravitational microlensing events. Dr. Mróz led the analysis of a large sample of microlensing events that were detected by the OGLE sky survey. He demonstrated, among other results, that Jupiter-mass free-floating planets are much less common than previously claimed. He also discovered several ultra-short gravitational microlensing events that are likely caused by Earth- and super-Earth-mass rogue planets, the existence of which was foreseen by the planet formation theories. Dr. Mróz’s findings were published in the most reputable scientific journals and his publications made a significant impact on the astronomical community. They have been cited up to now more than 2300 times.