The latest results of GERDA experiment published in Science

An article of GERDA collaboration entitled Probing Majorana neutrinos with double-β decay containing results of research on neutrinoless double beta decay of isotope 76Ge was published in the recent issue of Science magazine (https://www.sciencemag.org/). The research is performed in an underground laboratory in Gran Sasso in Italy. The members of this international team from the Institute of Physics of our university are: prof. Marcin Wójcik, dr Marcin Misiaszek, dr Krzysztof Panas, dr Krzysztof Pelczar and dr hab. Grzegorz Zuzel.

The above mentioned article contains results of the research aiming to answer the most fundamental questions of modern physics: are neutrinos their own antiparticles? What is the absolute mass scale of neutrinos? Can we explain the asymmetry between matter and antimatter in the universe basing on properties of neutrinos? Many extensions of Standard Model make neutrinos, assuming they are their own antiparticles, responsible for the domination of matter over the antimatter. This would also mean that there exists a very rare radioactive decay that violates the lepton number conservation where two neutrons are transformed inside a nucleus into two protons without emission of neutrinos.

The possibility of detection of neutrinoless double beta decay is limited by the presence of naturally occurring radioactivity (classified as so-called background), which can imitate the sought signal. In the GERDA experiment it was possible to reduce the background radiation by using shielding made of ultra, radio-pure water and liquid argon (passive and active shielding).

Moreover, sophisticated software methods of identifying and rejecting residual background (developed by the group from Institute of Physics JU) were used. Thank to this GERDA has become the first experiment where it was possible to measure the half-life of neutrinoless double beta decay longer than 1026 years. It is the period 16 orders of magnitude longer than the age of the Universe. For this half-life, in one kilogram 76Ge there would be at most one decay in 18 years. Given the standard interpretation of the neutrinoless double beta decay the half-time can be associated with so-called effective Majorana mass of neutrino. In the case of GERDA we can set the upper limit of this value at the level of 0.07 – 0.16 eV/c2.

The only group from Poland taking part in GERDA experiment is the group from the Institute of Physics of Jagiellonian University. Research is supported by grants of National Science Centre  (HARMONIA, SONATA BIS, OPUS programmes) and Foundation for Polish Science (TEAM programme). 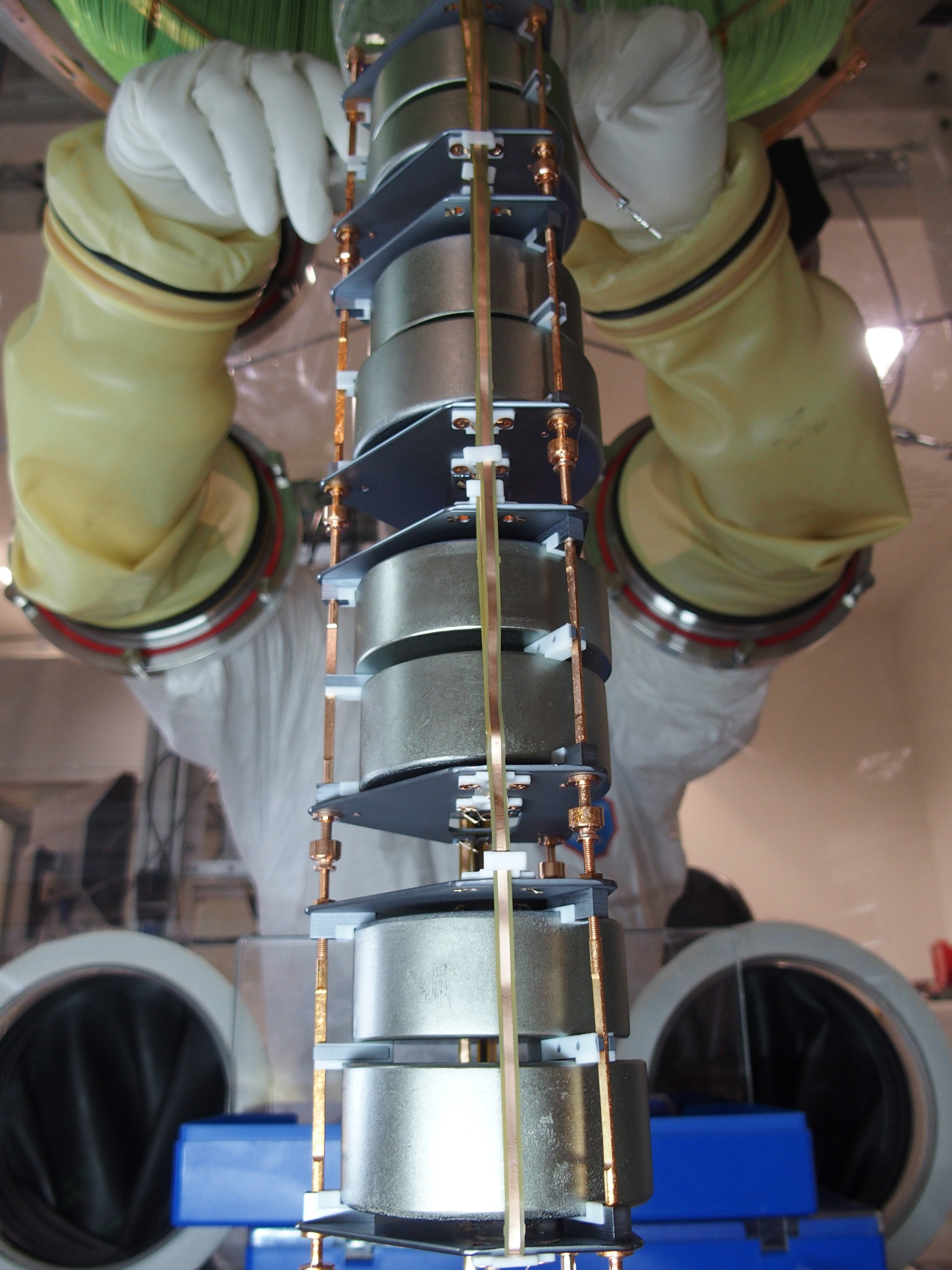